« The Door of No Return
Angel Dust »

The Last of The Warrior Kings 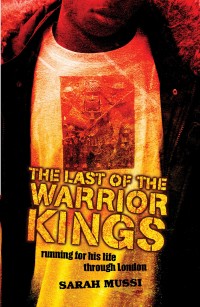 It’s a snowy evening, South London. From a bus, Max Wolf and his brother Angelo see a gang ominously tracking a well-known rapper, Mogul King, through the dark streets. Minutes later, Mogul King boards the bus, presses a parcel into Max’s hands, exacts an incomprehensible promise, and jumps off again – to his death.

The parcel contains an extraordinary ancient bronze dagger, and within hours Max is running for his own life through London, his brother, Angelo, is dead, apparently the victim of a gang drive-by shooting, and his friend, Sapphire, is next on the hit list.

But everything is not as it seems. Everything leads the British Museum. Everything began with the ill-fated British Punitive Expedition of 1897 and the looting of the fabulous Benin Bronzes from Nigeria over a hundred years ago.

In an intriguing dual storyline, Max’s racing first person narrative story is offset by a scrap book of letters, memoirs, drawings, photos and journal entries, by one Hugh Hardy, Gunner aboard the Theseus, and foot soldier on that ruinous expedition over a century ago.

Buy The Last of The Warrior Kings

This entry was posted by admin on July 16, 2012 at 2:02 pm, and is filed under . Follow any responses to this post through RSS 2.0.Both comments and pings are currently closed.