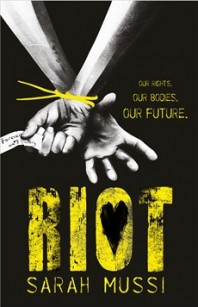 England has been struggling under a recession that has shown no sign of abating. Years of cuts has devastated Britain: banks are going under, businesses closing, prices soaring, unemployment rising, prisons overflowing. The authorities cannot cope.

And the population has maxed out.

This entry was posted by admin on May 5, 2014 at 12:00 pm, and is filed under . Follow any responses to this post through RSS 2.0.Both comments and pings are currently closed.