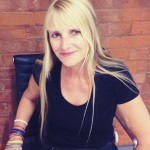 In 2001 Sarah was shortlisted by the BBC Worldwide Children’s Talent Fiction Award. Her submission made it into second place (out of 5,000 candidates). Sarah was offered a publishing contract for her novel The Lion Skin Rug, a magical fantasy.

Although the award was prestigious and the judges, Michael Rosen & Jacqueline Wilson, were very earnest, changes to the BBCW resulted in them abandoning the ‘new’ children’s list they’d envisaged publishing with Penguin Books.

This was a blow.  The Lion Skin Rug was under contract to the BBC and could not be extricated easily. Sarah however was undaunted. She went on to write her second novel, The Door of No Return, an adventure thriller set in England and Ghana.

The Door of No Return went on to win the Glen Dimplex Children’s Book of the Year Award, was shortlisted for the Branford Boase Award and given Library Guild status in the USA. Her third novel, The Last of the Warrior Kings, was published in April 2008 [Hodder]. The Last of the Warrior Kings was shortlisted for the Lewisham Book Award, inspired a London Walk, is used as a text in Lewisham schools and was optioned for film.  Sarah currently has two new book contracts with Hodder and now a third with Hot Key Books.

Sarah has donated a short story to FREE?, an Amnesty International anthology.  She has appeared at many festivals, including Henley and Guildford; she is a regular tutor for the Winchester Writers’ Conference, and has given workshops for SCBWI as well as to many schools and public libraries. She is also the current Chair of CWISL (Children’s Writers and Illustrators in South London).

Sarah was born in Cheltenham, raised in the Cotswolds, attended Pates Grammar School for Girls, got a BA in Fine Art from Winchester School of Art and an MA from the Royal College of Art. She spent over fifteen years in West Africa as a teacher and now teaches English in Lewisham.